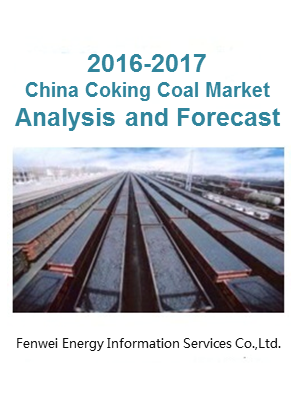 
In such context, market players and observers both home and abroad have expressed deep concerns for China coal industry in 2017. Our annual report series (for coking/thermal coal) will address these concerns by guiding readers to review developments of China coal market in 2016 and look ahead into the coming year. This report will be presented in form of PPT.

2  Supply Side: from decapacity and cutting production to guaranteeing supply and stabilizing price

2.1  Supply-side reform: to help coal companies out of difficulties by resolving overcapacity and reducing production

3  Market: turning to tight from loose

4.2  Government supported key suppliers and buyers to sign mid-to-long term contract to guarantee supply and stabilize prices (contract price is based on both benchmark and floating prices)

6.3  Production of steel, iron and coke to slightly fall back

7.1  To shift focus from reducing production to resolving overcapacity, but not affect coal production

7.2  The “276-workdays” policy will remain in place to regulate coal supply and prices, but to be executed more flexibly

8.1  By rail - coal flow back to priority, transport capacity tends to be loose, while transport cost to stabilize or edge up

8.2  By road - trucking freight to go up due to strict management of vehicle overloading and expectation for rising oil prices

9  Coking coal imports to slightly fall back from 2016; the exports may keep increasing, with total export quantity still low

2017 total coking coal imports to drop slightly from 2016, owing to eased domestic undersupply and higher import price (imports may show a pattern of low in1H17 but high in2H17, driven by narrowing or widening price gap between domestic and imported coals)

11  Coking coal prices tend to be lower from 2016 year-end high, but still higher than the average price in 2016