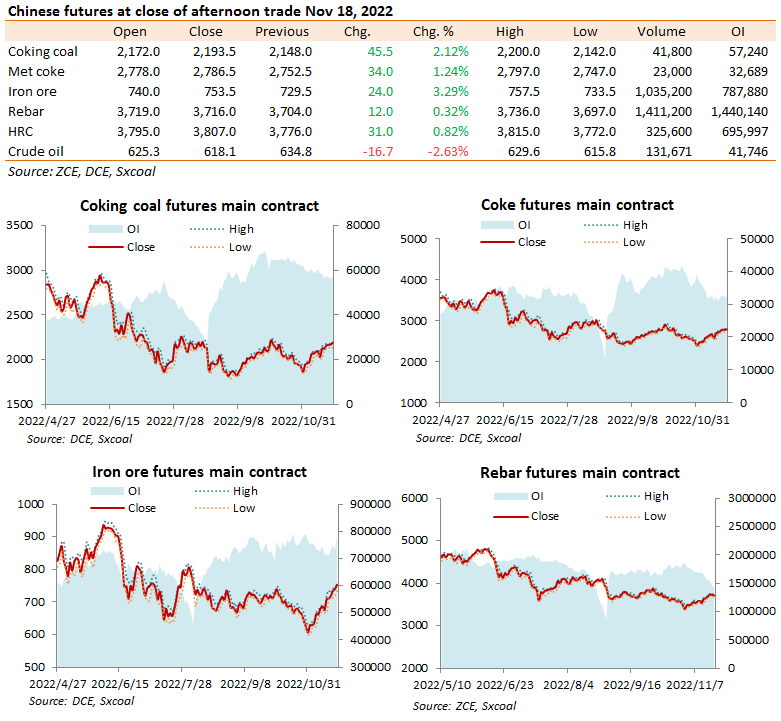 Australia's largest rail freight operator Aurizon further postponed the restart schedule for the Blackwater line of the Central Queensland Coal Network to the Gladstone port. The line is

China's National Climate Center has made a preliminary assessment that extreme weather is still showing a trend of frequent and intense occurrences this year in the country, said Jia Xiaolong, deputy

Inventory of five major steel products in China's 21 cities surged 24.7% or 2.29 million tonnes from ten days ago to 11.58 million tonnes on January 31, according to data from China Iron and Steel Ass

Russia produced 43.3 million tonnes of coal in December, rising 8.25% on the month and 11.91% on the year, realizing the fifth month of consecutive increase, according to data released by the Federal

China's thermal coal prices were mixed at ports and mines last week. The prices at northern transfer ports plunged as purchases from factories and power plants remained thin, while in the mine-mouth m

China's thermal coal prices continued to fall on February 6, adding to the losing streak for more than a week, as high stockpiles and slow industrial activity kept weighing on utilities' demand for sp

China's spot thermal coal market witnessed the fourth day of falling on February 1 as demand remained weak despite gradual comeback of factories from the Chinese New Year holiday. The mar

Indonesian thermal coal prices declined on February 1 as supply is expected to be sufficient for the first quarter of this year, according to traders. "Although tender invitations from ut

China's portside thermal coal prices extended losses on February 2 on the back of high stockpiles at northern ports and continuing weak demand, traders said. On February 2, prevailing off

China's coking coal sales moderately picked up at the start of February as the previous downward corrections started to incentivize buying interests from some low-stocked coking plants. M

Global mining giant Glencore said on February 1 its coal production rose 6.5% in 2022, driven by its Cerrejon mine in Colombia. The company churned out 110 million tonnes of coal last yea

Spot thermal coal prices fell for the sixth consecutive day on February 3 at northern China ports, as demand has showed no signs of improving since the Chinese New Year holiday. A lack of

Mongolia's largest state-run miner Erdenes Tavantolgoi JSC (ETT) will organize training on February 1 to ensure the implementation of the Resolution No. 466 about the rules on open trading of coal to