Global crude steel production rose 4.8% from a year ago to 162.9 million tonnes in January 2021, showed data from the World Steel Association (WSA) on February 25. 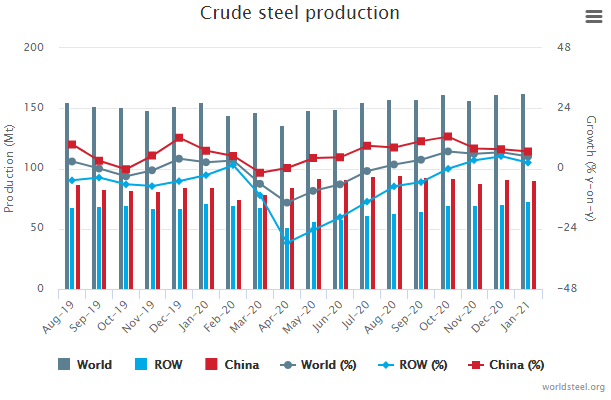 China produced 39.79 million tonnes of coke in March, up 4.7% compared with the year-ago level and 4.44% compared with 2019, data from the National Bureau of Statistics showed on April 16.

South Korea's metallurgical coal (including coking coal and PCI coal) imports climbed noticeably in March following two months of decline, with the total intakes of 3.24 million tonnes, which were up

Three coal mine accidents within five days have increased uncertainties in China's move to raise domestic coal production. On April 10, 21 miners were trapped in a flooded coal mine in no