Coal transport from Mongolia to China is expected to further increase in a couple of years as the two governments are accelerating railway construction on the border.

Railway connecting Mongolia's largest coal mine of Tavan Tolgoi and land port of Gashuunsukhait is slated to come online in the third quarter of 2022, the Mongolia government said on November 18 last year in a cabinet conference. 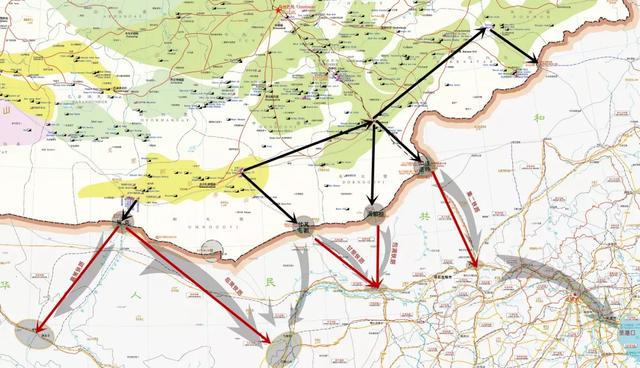 Construction of the railway, which started in 2013, resumed from August 2019 after being suspended several times due to a lack of construction funds. The railway is expected to transport more than 30 million tonnes of coal per year once commissioned.

Construction of another two ways is in the pipeline.

A railway within Mongolia stretching from Tavan Tolgoi to Zuunbayan is scheduled to come online in the third quarter of 2021. The 414.6-km railway will enable putting 37 mineral deposits in the regions along the railway into economic circulation, such as Tsagaan Suvarga copper mine, Kharmagtai copper-gold mine and Manlai coal mine. The Ministry of Road and Transport Development previously reported that the total reserves of mineral deposits in the region mentioned amounts to 6.02 billion tonnes.

Another line from Zuunbayan to border port Khangi will start design this year and is due to commission in 2024.

In mid-September, Mongolia and China reached an agreement to open up railway delivery at Gashunnsukhait/Ganqimaodu, Shiveekhuren/Ceke and another land port, besides the existing Zamyn-uud/Erlianhot, the largest land port along the border.

Mongolia exported 28.59 million tonnes of coal in 2020, falling 21.61% year on year, in which 27.21 million tonnes were shipped to China, down 23.99% on the year, showed latest data from Mongolian Customs General Administration (MCGA) on January 14.

Coking coal takes the bulk of its exports to China. With railways to come online through the border, China will likely more drive apart from Australia, the largest seaborne coking coal export in the world, which worried dry bulk owners and miners that Australia might permanently loss part of its shares in China even after a thaw in the current political spat. In December, China's imports of thermal coal and coking coal declined to zero.

China's domestic thermal coal market remained on the downside in the first week after the Lunar New Year holiday, as demand was weak and may not improve notably until March. Trading activities remaine

China's central government unveiled the result of coal consumption reduction work in 2019, putting pressures on local governments to further cut or replace use of the dirty fossil fuel in a bid to rea

Indonesian thermal coal prices got some support from growing buying interest in India, while Chinese buyers are trying to press down prices as industrial demand hasn't yet fully recovered from the Lun

Mongolian coking coal prices continued decreasing at Ganqimaodu border crossing in China, partly due to a quick increase in supply as a result of strict checks on coal storage that has led some owners

Driven by a sharp rise in global bulk shipping market on the back of a spike in grain loading out of east coast South America, many ship owners with operations at both domestic and international marke