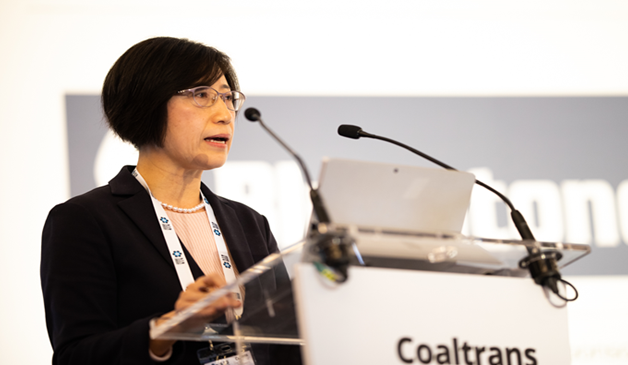 China has shifted to a big coal importer from coal exporter since 2009. Its import regulations impact not only the domestic market, but also the seaborne market. And the first tool is tariff, according to Sarah.

Currently, import tariff is zero for Indonesian and Australian coal due to the free trade agreements signed between China and these two countries.

Apart from import tariff, quality requirement is also an important measure to control coal imports, to fend off inferior and air pollution-prone cargoes, Sarah pointed out.

Before 2015, China did not have a mandatory requirement for imported coal quality, she introduced.

In 2015, the National Development and Reform Commission and the General Administration of Customs jointly issued a document on the quality of commercial coal, setting up requirements on radioactivity, impurities, and environmental test for domestic and imported coal.

"Since the interim measures implemented from 2015, however, coal imports have been not seriously impacted. Most of the imported coal passed the quality test, only a few rejections occurred for North Korea, Indonesia, and Mongolia coal," she said.

Import quota is a powerful card to manage imports of the fossil fuel. From 2017, the government intensified administrative control on coal imports, issuing import quotas to individual customs and major importers.

In principal, the import quota is based on previous years’ volume and is adjusted more or less, but not disclosed to the public.

Should the government keep 2019 import flat from 2018, there would be only 10 million tonnes passing through the customs averagely each month in the fourth quarter, a slump of 63% compared to monthly average of 28 million tonnes in the first three quarters. This, however, seems less likely.

Latest customs data showed China imported 30.29 million tonnes of coal in September, up 20.49% year on year, adding to a total of 251 million tonnes in the first nine months, a 9.5% increase from the same period last year.

"So far, the import tightening is not strict as expected, and individual ports which used up quotas have got additional quotas. Customs clearance for imported coal is taking longer time but not stopping," she said. "Thus, we expect the coal import flat target for 2019 will unlikely to achieve, and the full year imports would exceed 300 million tonnes, possibly to 320 million tonnes."

Spot prices of Chinese domestic thermal coal are expected to fall in the near term, as demand from utilities has been weakening. Data from sxcoal.com showed the daily coal burn at China's

China's coking coal prices have been leveling off these days after touching a 34-month trough on May 20, bolstered by downstream restocking and production cuts during the "Two Sessions" (May 22-28).

Thermal coal Production area In Inner Mongolia, some coal mines suspended operation as their "coal sale quotas" have run out. Limited supply resulted in a small price rise at these mines.

The supply of coal to the power sector by state-owned Coal India has dropped 22% to 31.95 million tonnes in April amid slump in the fuel demand in the country on account of COVID-19-induced lockdown.

Indian government has decided to bring to zero import of coal for blending purpose by domestic coal-based power plants in the current fiscal, and has asked state-owned CIL to enter into a pact with po

China said on May 22 it will bolster the capacity of the country's energy reserves and offer lower gas and electricity charges to key industries, as it looks to ensure energy supply and offset the imp

China's Zhengzhou Commodity Exchange (ZCE) said on its website that it will roll out thermal coal options simulation trading on May 26 to prepare for real transaction. Thermal coal contra

After climbing fast for more than a week, Chinese domestic thermal coal market paused on May 26, as the bullish sentiment was dented by a drop in futures market and people started concerning risks of